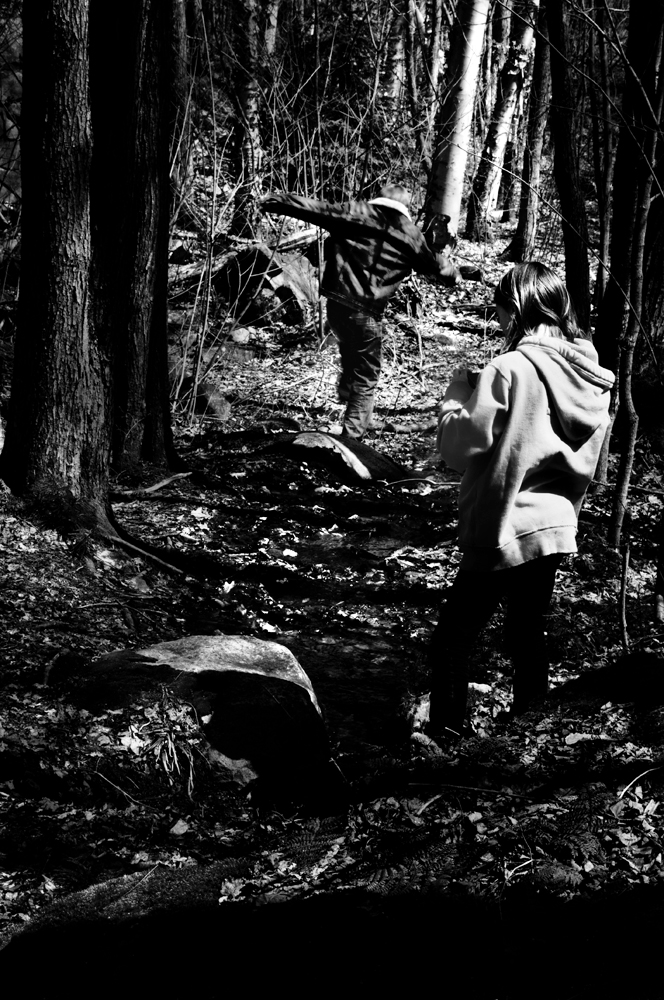 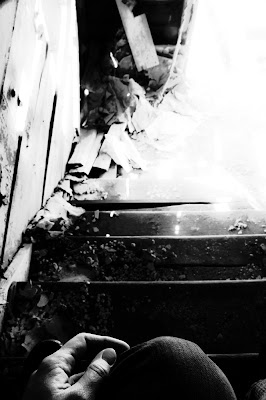 i was just wondering how many photographs it takes to tell a story,
our story, or those who came before us.
i have liberated this from Christopher's site:
"If we were not something more than unique human beings, if each one of us could really be done away with once and for all by a single bullet, storytelling would lose all purpose. But every man is more than just himself; he also represents the unique, the very special and always significant and remarkable point at which the world's phenomena intersect, only once in this way and never again. That is why every man's story is important, eternal, sacred; that is why every man, as long as he lives and fulfills the will of nature, is wonderous, and worthy of every consideration. In each individual the spirit has become flesh, in each man the creation suffers, within each one a redeemer is nailed to the cross." - Hermann Hesse, Demian
so then what do these photographs say about me?  what do they say about anyone? 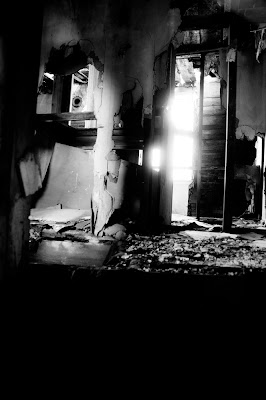 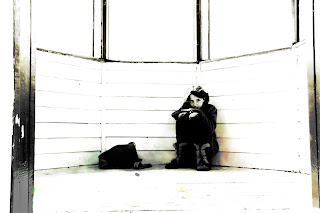 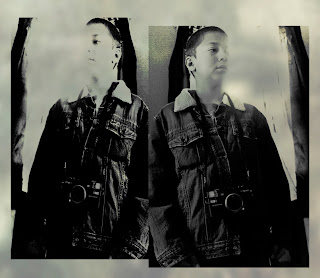 ice in the passing moment 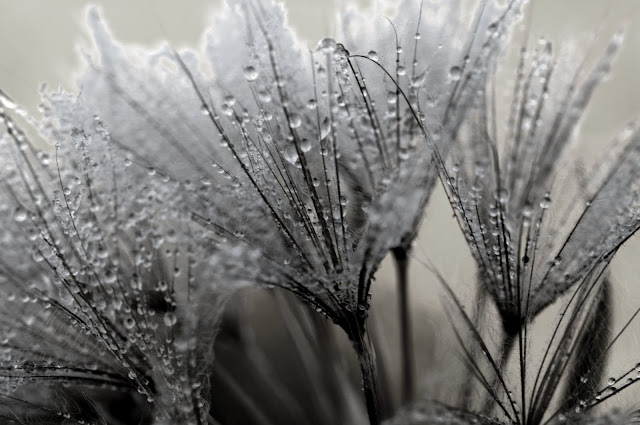 ~the window and the ivy 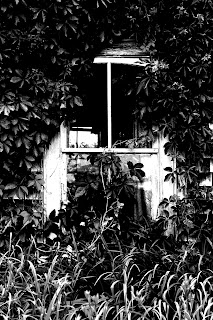 what are we
windows certainly
one at each end 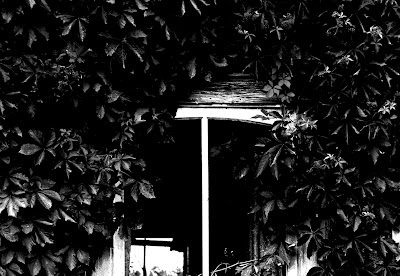 but upon wondering
me?
i have always to draw closer
always closer
clearer
and yet inside of it
tightly found
lost as well 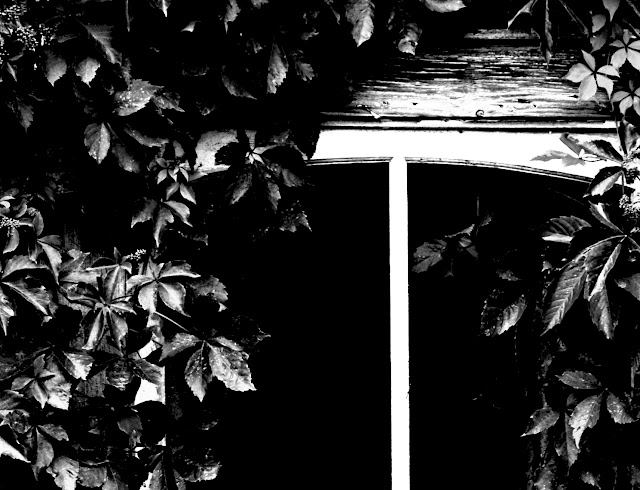 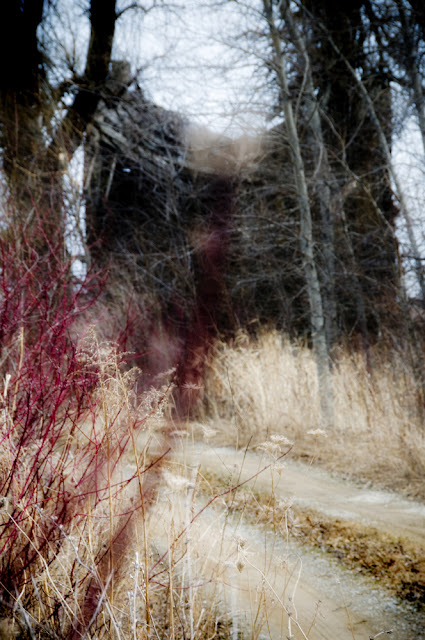 a year ago i took this picture
a year ago this house was standing in a stand of trees alongside the highway
could barely see it from the highway
had never noticed it before
but we made our way in and spent time taking pictures
considering the huge (i think) willows that lined the front of it
the boards, the paint, the light
what was still standing
what was beginning to fall
this year the house has completely fallen in on itself
and so too another house further on that we shot one year ago
one year, that's all
i wonder what it was that had it stand for 100 years or more?
and what was it that caused it to, within one year, fall?
one year
what the hell is one year?
or two or three for that matter?
i took this photo of myself for robert about a year ago
a rare smile photo, as my mouth is apt to go screwy upon scrutiny
it has recently surprised me that i look quite a bit older now
especially around the eyes
a couple pounds on to thicken my face
one year
what the hell is one year?
or two or three for that matter?
and yet, my god, the life lived and changed and lived and changed
one year i'll be standing
and then suddenly 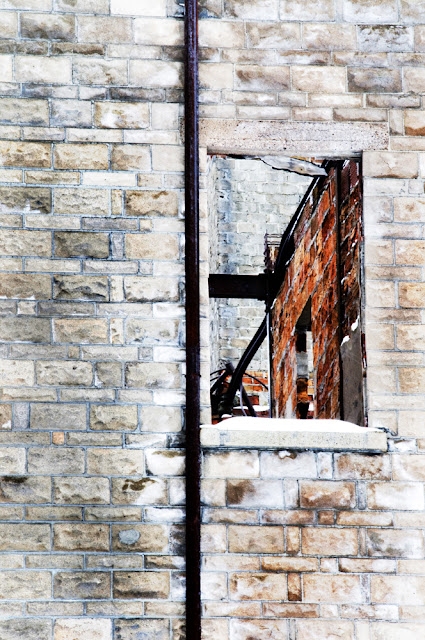 the cupboard, the glass of the window 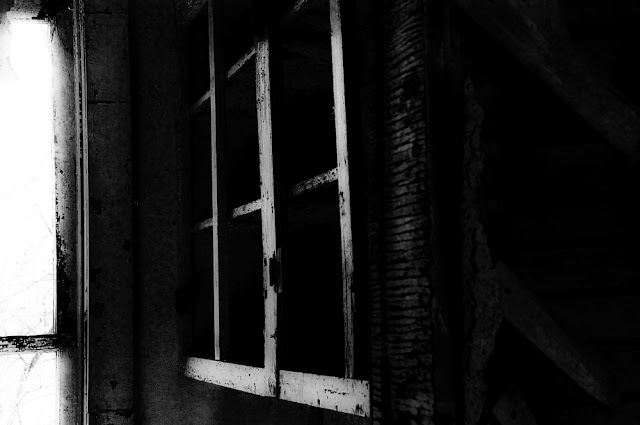 the hands that gently laid the cup to the cupboard
the nose that rested against the glass of the window
so many lives unmeasured
measured
unmeasured
and then laid to rest﻿
my touching the cupboard now, the glass
makes no difference
and yet i do
Posted by erin at 10:08 AM 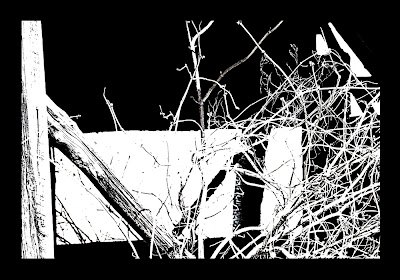 the negotiation of white space - sometimes i wonder where it stops and begins
Posted by erin at 7:06 PM

a wonderful reason for mindfulness

i am recognizing that to be knowledgeable in the moment there is a need to confront not just unhappiness and choices, but happiness as well.﻿  to somehow see it all simultaneously.
my life is well married with proportions of each, heavy on the side of happiness.  and so i need to be mindful of gratitude, and understanding of others who have not taken my same paths, who do not know what i know. for certainly, i do not know what they know.
Posted by erin at 12:10 PM 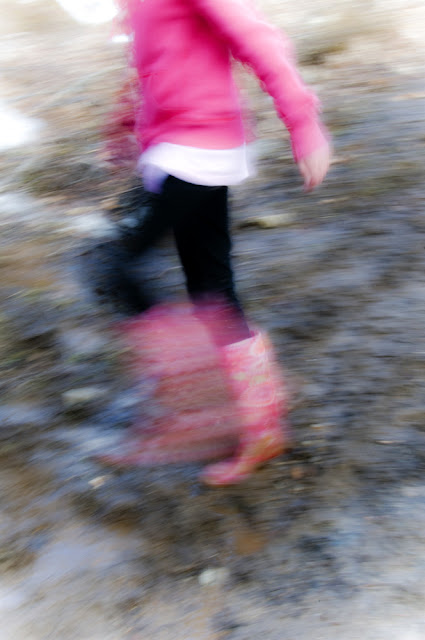 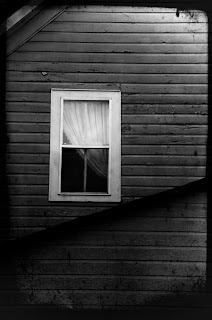 i live here.  i come from very precise bearings,
born between two people who have exactly
precise bearings, and grew up at the intersection
of all that i've experienced, alongside of all that
everyone i have come into contact with has experienced.
i am a remarkably failed human being with absolutely
soul bending momentary experiences.  just like you.
Posted by erin at 11:33 AM 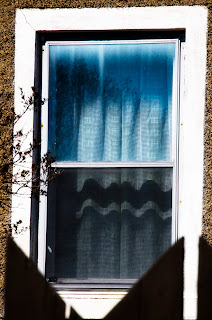 i live here.  me, my name is france delapaux.  i am twenty-seven.  i live with my mother, three sisters, and my brother, alphonse.  my father is a swine.  i see him time to time in the gutter.  that is fine by me.  worthy of the streets.  i, i work hard.  i erase my past with every footstep i take, except for my mother.  i will always carry my mother and for this she is not my past but rather always by my side.  i love her.  but she becomes smaller than me every day.  i see her disappearing, although she always has a smile on her face.  i smile back down distant hallways.  i lay on my bed.  i touch my breasts.  i own me. no man will ever own me again. my mother lays in her bed alone.  her lamp is out. i read late into the night.  i go to work dreary eyed and am teased.  they think it is a boy.  it is!  it is all sorts of boys and men, and even women, Dostoevsky, Hemingway, Faulkner, McCarthy, Anais Nin, even Kingsolver.  i don't discriminate.  i lay with them all.  i am a wild lover who has never left home, who has never once said yes to a man.  this is my window.  you've never, even in your mind, touched a woman like me, a woman who is made just like this.  and you never will.  i won't let you.
Posted by erin at 7:21 PM

who, behind which window?

in The Unbearable Lightness of Being when Sabina asks Tomas what it is he is after with women, he replies, Maybe the very smallest...unimaginable details...tiny things that make one woman totally unlike any other. 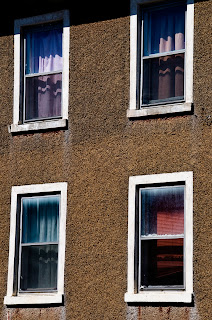 i wonder just how much it is that distinguishes one person from the next, or how little.