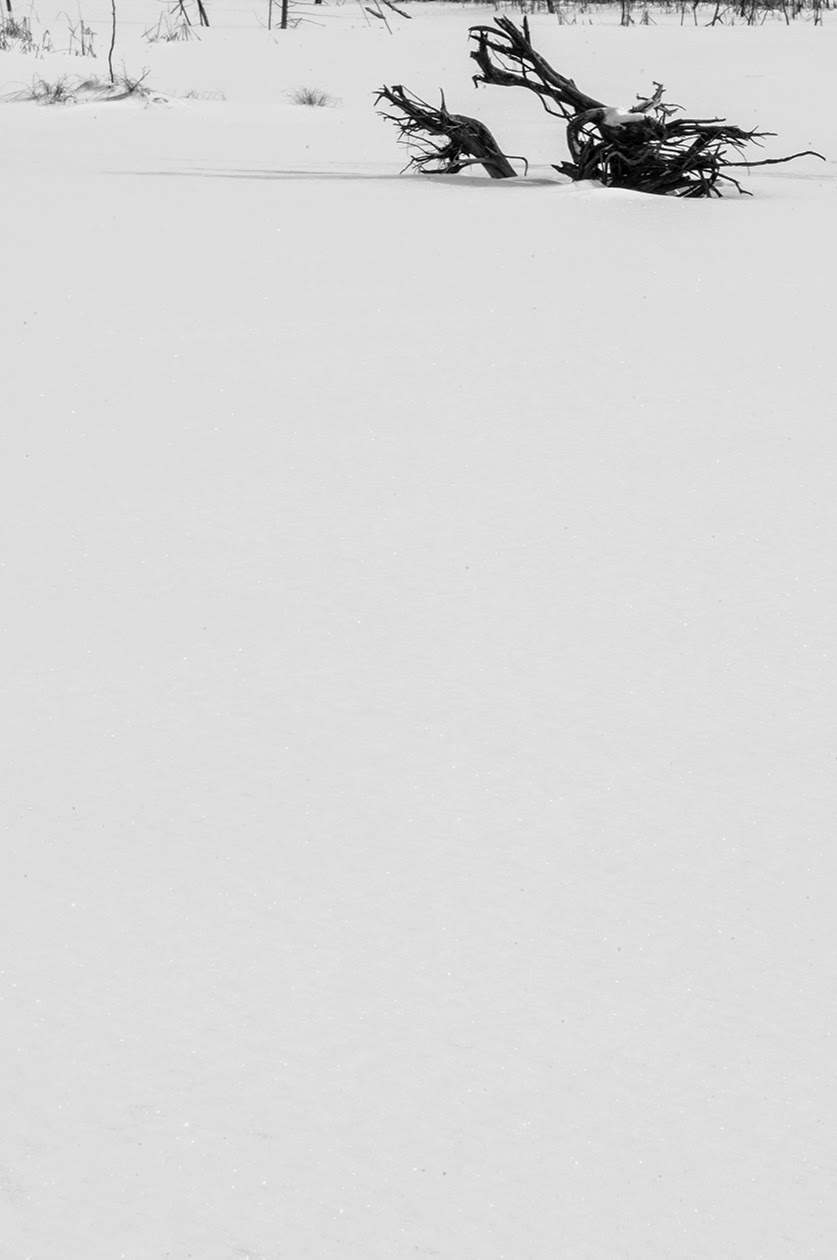 what remains after a little taste of sugar 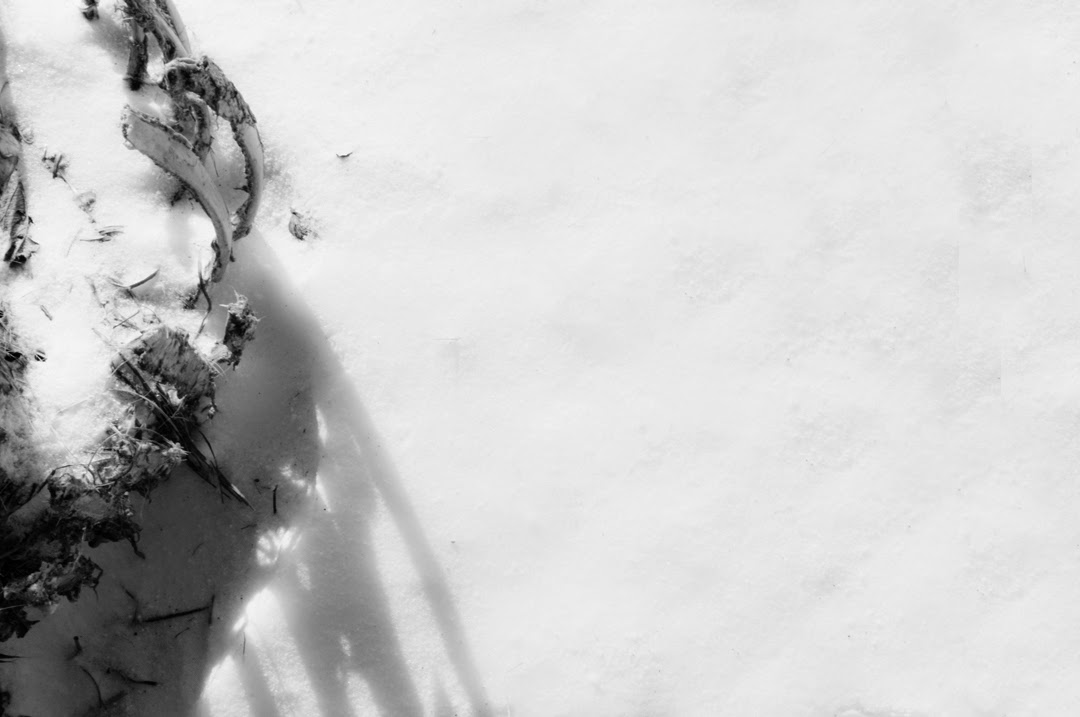 "I was thinking. Remember the night I used our last sugar to make that batch of divinity, and dragged all the boys in after bedtime to eat it?"

"Kind of saved the day," Ray said. "Took the edge off ever'body."

"Kind of left us starving for sugar, too..."

from "Carrion Spring" by Wallace Stegner 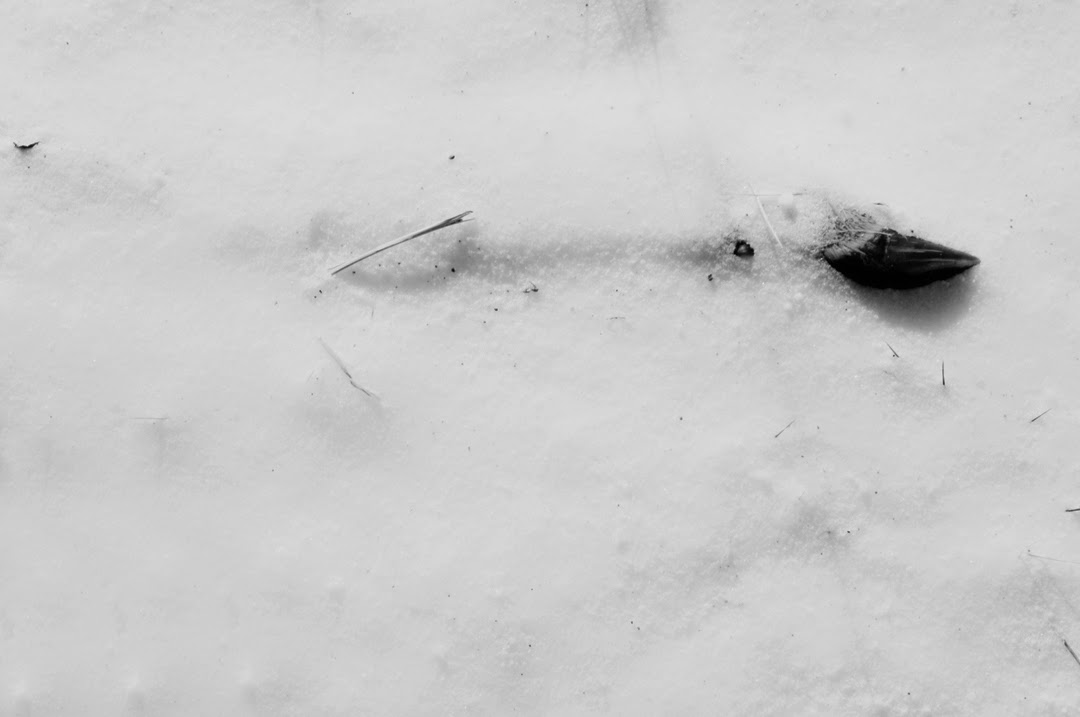 "By day the labor and the cold and the stiffness of many hours in the saddle, the bawling of calves, the crackle and crunch of hooves and wheels, the reluctant herded movement of two or three hundred cows and calves and six dozen horses, all of whom stopped at every patch of grass blown bare and had to be whacked into moving again. By night the patient circling ride around the herd, the exposure to stars and space and the eloquent speech of the wolves, and finally the crowded sleep.

from "Genesis" by Wallace Stegner
Posted by erin at 11:24 AM 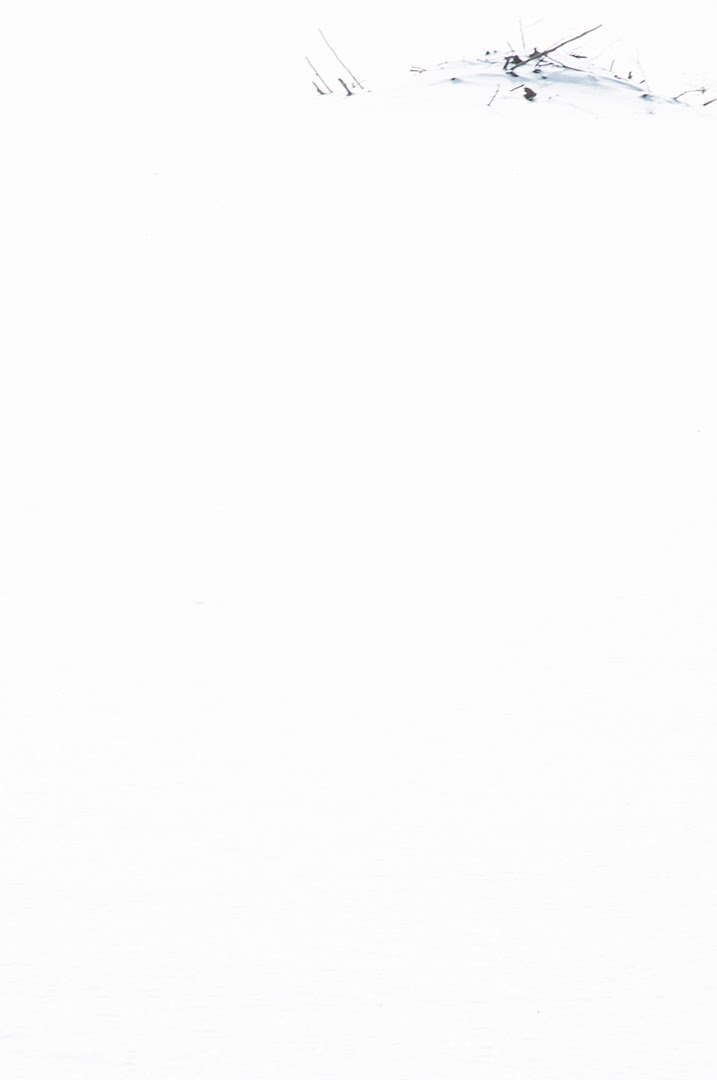 "When he chopped through the river's inch of ice and watched the water well up and overflow the hole it seemed like some dark force from the ancient heart of the earth that could at any time rise around them silently and obliterate their little human noises and tracks and restore the plain to its emptiness again."

from "Genesis" by Wallace Stegner
Posted by erin at 10:24 AM

some dark force from the ancient heart 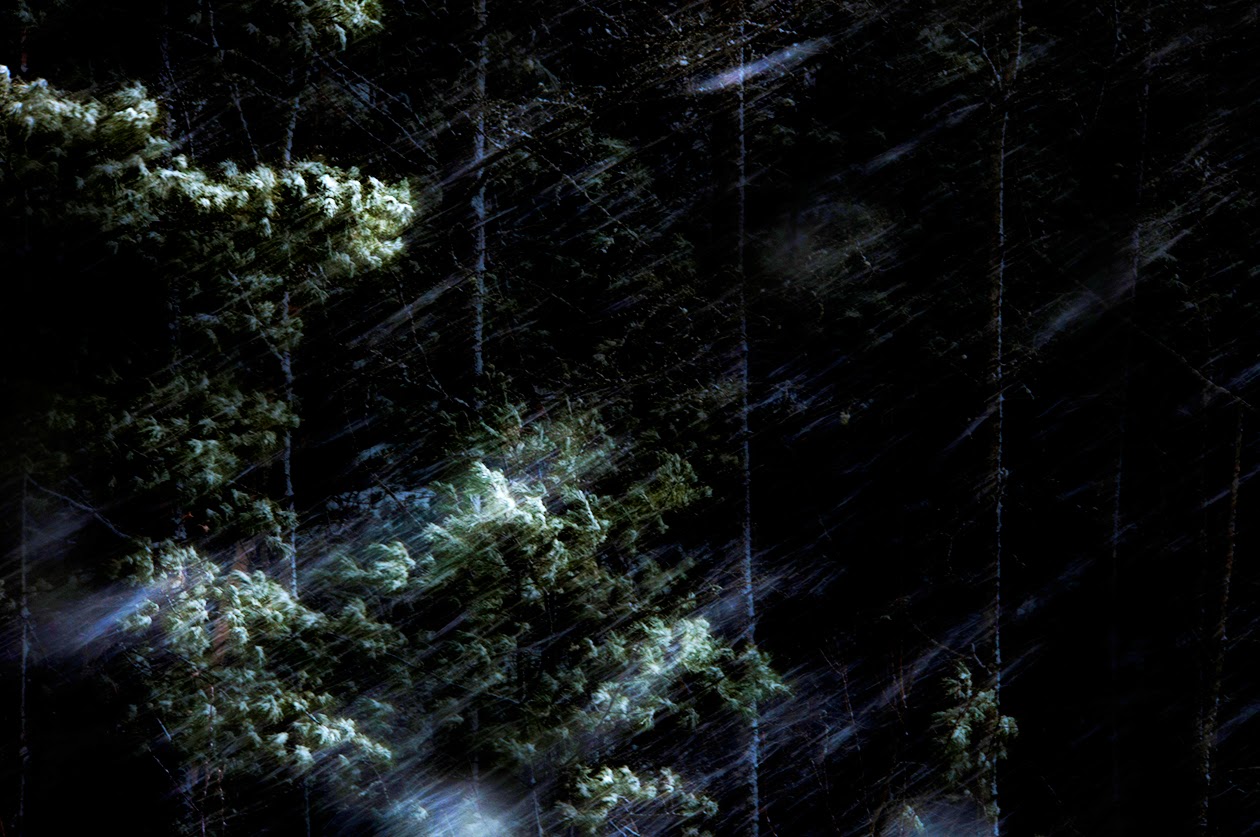 it was february. i decided to walk out into the pines. there was nothing else to say but, this will take some time; be good, find joy, live life; i knew you once, as well as was possible. 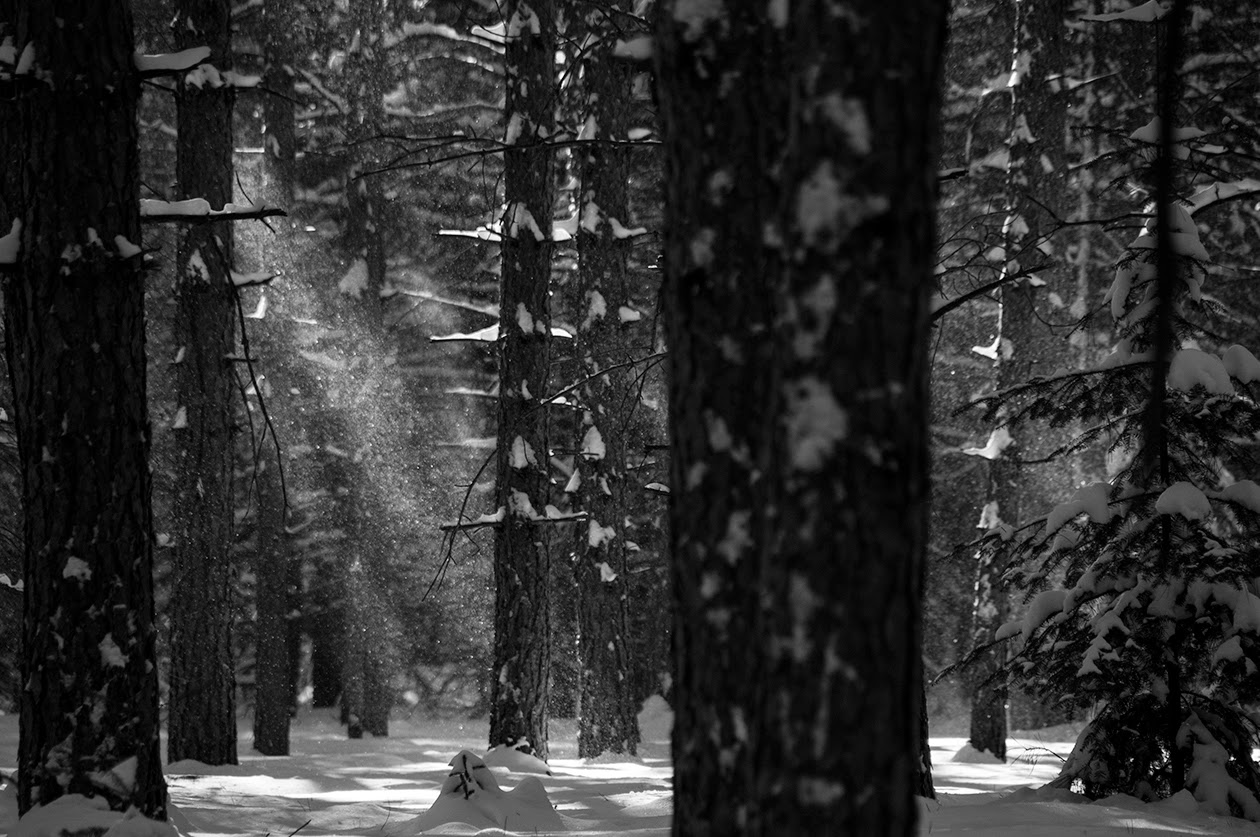 A Post-Impressionist Susurration for the First of November, 1983 by Hayden Carruth

Does anything get more tangled or higgeldy-piggeldy than the
days as they drop all jumbled and
One by one on the historical heap? Not likely. And so we are all, in
spite of ourselves, jackstraw diarists.
This afternoon we went walking on the towpath of the Erie Canal,
which was strangely
Straight and narrow for our devious New England feet. Yet it was
beautiful, a long earthen avenue
Reaching far ahead of us into the gossamer veils that hung
everywhere in folds, oaks clinging to their dark leaves,
Bare maples in their many shades of gray, the field of goldenrod
gone to seed and burnt-out asters,
Sumac with dark cones, the brown grasses, and at the far edge,
away from the canal,
A line of trees above which towered three white pines in their
singular shapes.
I have never seen a white pine growing naturally that was not
unique and sculpturesque.
Why should one not devote one's life to photographing white
pines, as Bentley of Jericho
Spent his photographing snowflakes? But it's too late, of course.
At all events the colors,
Not forgetting cattails and milkweed, dock and sorbaria, ferns and
willows and barberries,
Were a nearly infinite variety of soft tones, the subtle tones,
made even more indistinct
In their reflections in the greenish water on the canal. And a light
breeze was blowing.
For once I will risk the word zephyr, which is right and which
reminds me of sapphire,
And I realize beneath all these colors lay an undertone of blue,
the gentle sky as it curls
Below the penumbra of vision. A small yellow butterfly tricked its
way across the brown field beside us,
And I thought to myself, Where in the hell did you come from? Last
night was a hard frost.
And then I knew it had been born this day, perhaps a moment ago,
and its life was flickering, flickering out in our presence,
As we walked with our hands in a lovers' clasp on the straight
towpath beside the canal that made us think
Of France, of tumbling autumn days, of hundreds and hundreds
and hundreds of loves and visions.
Sometimes Cindy is half ill, sometimes more than half, because she
doesn't know as much
As people she envies. She writes poems about not knowing, about
the anguish over knowledge,
And when I was her age I felt the same way. I know that anguish.
I used to be pained especially
Because I could not name the colors I saw, and I envisioned painters
their knowledge of pigments,
I studied the charts of colors and I looked up the names—mallow,
cerise—in the dictionary,
I examined the meanings of hue, shade, tone, tint, density,
saturation, brilliance, and so on,
But it did no good. The eye has knowledge the mind can not share,
which is why painters
So often are inarticulate. Is the eye ignorant, uneducated? How
absurd. That would be impossible.
Hence I became eventually, gradually, unashamed of my mind's
incapacity, just as I had once written
Poems to be read many times, but what was the use of that? Now
I write poems to be read once and forgotten,
Or not to be read at all.
Posted by erin at 9:36 AM 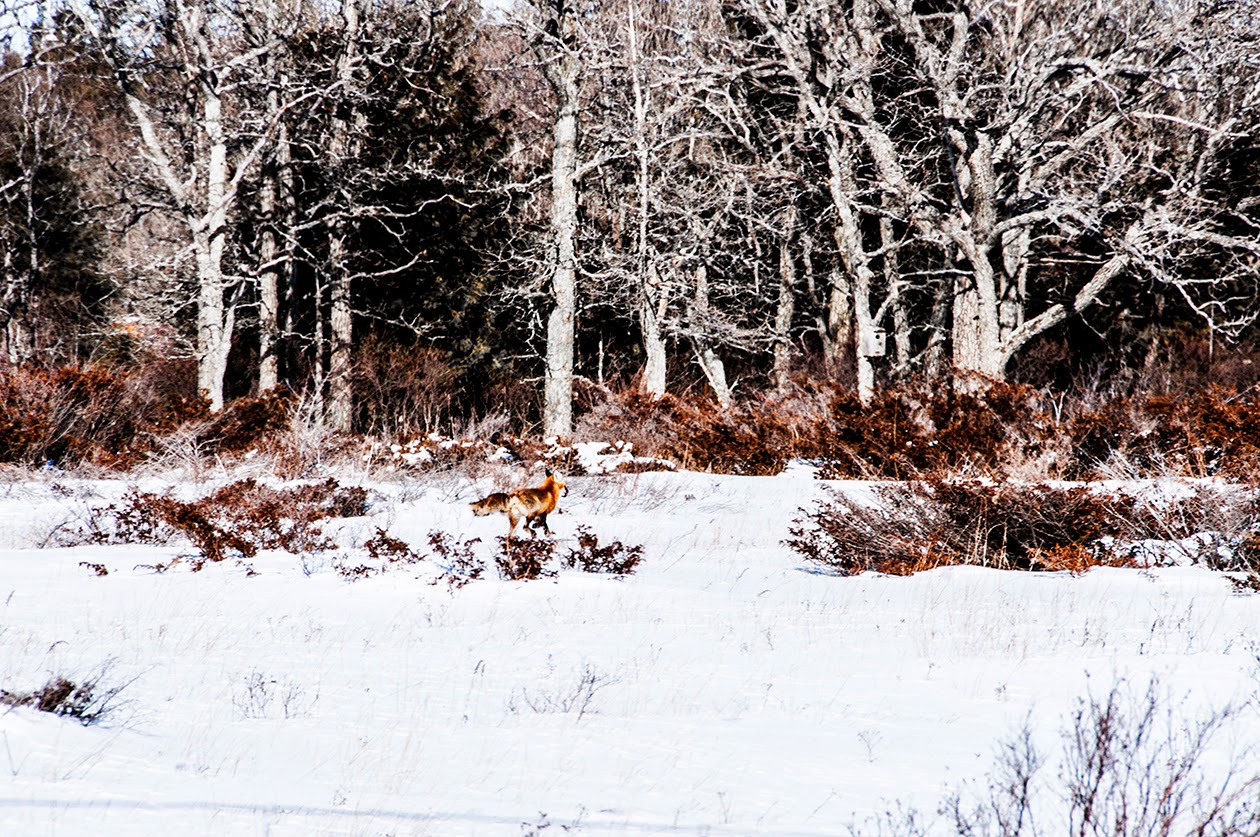 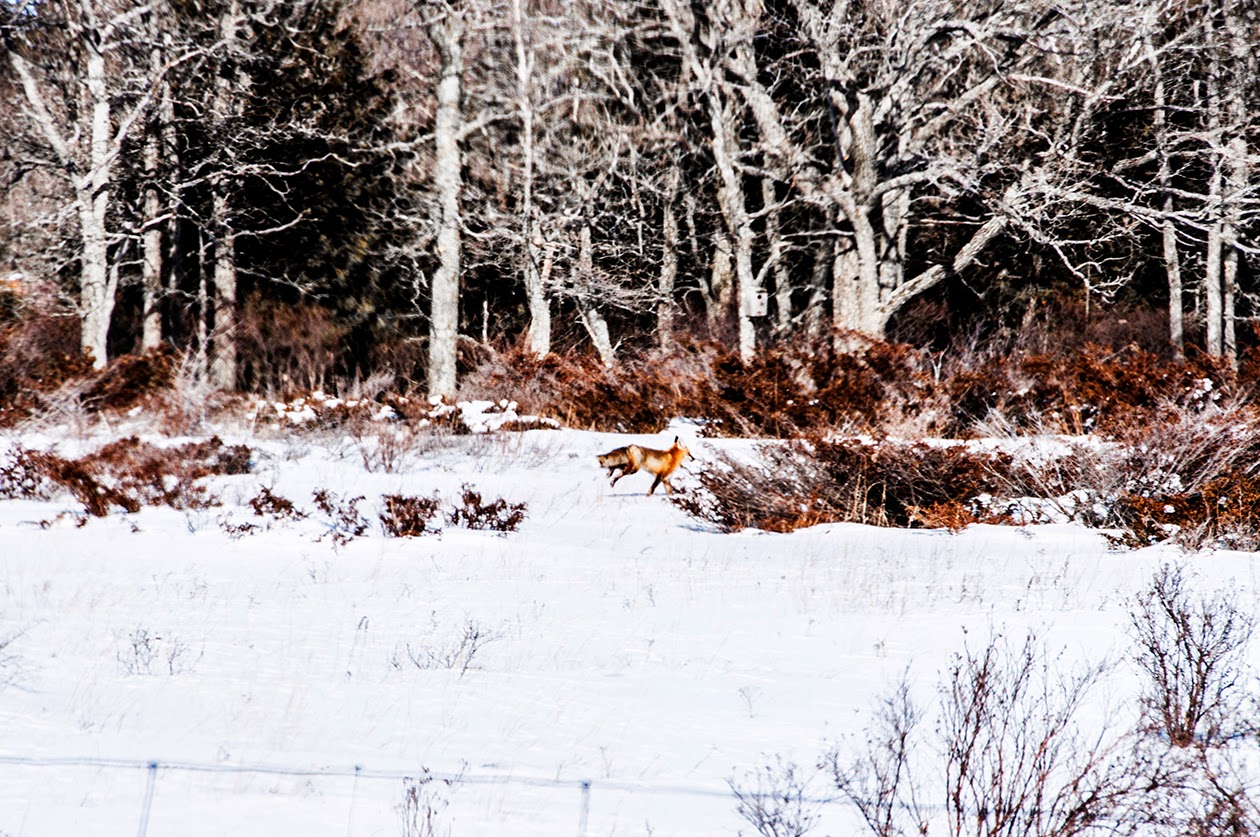 the fox retreats
yet i follow
always apart, never together
the fox takes me further into the world
Posted by erin at 9:47 AM

variations on the theme animal 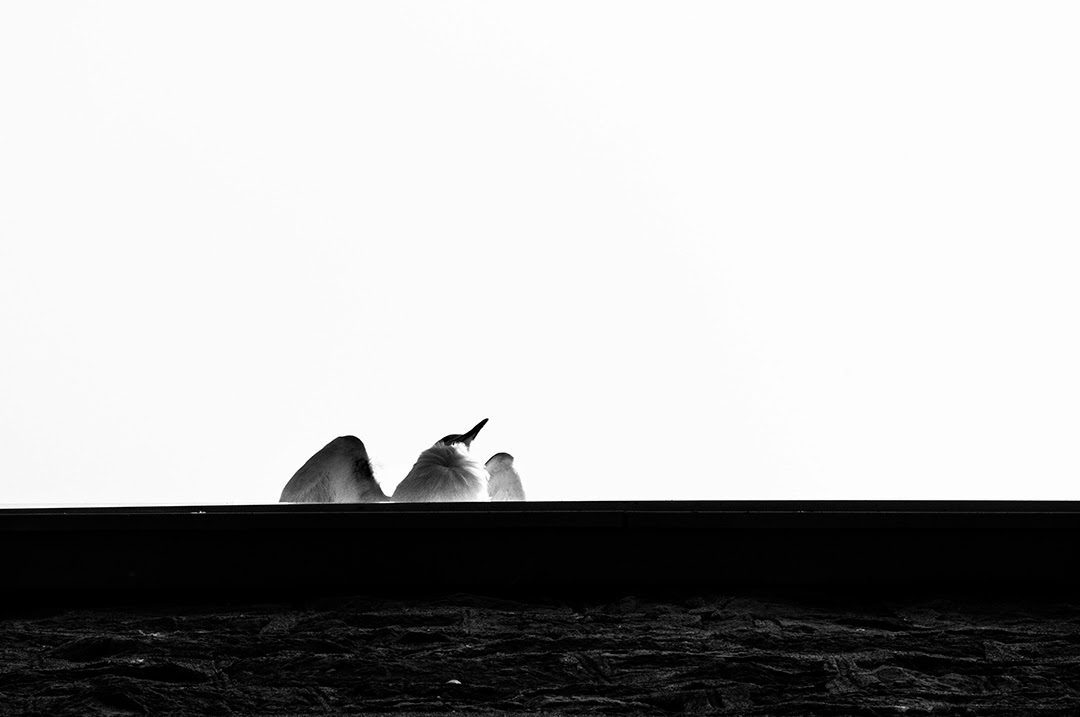 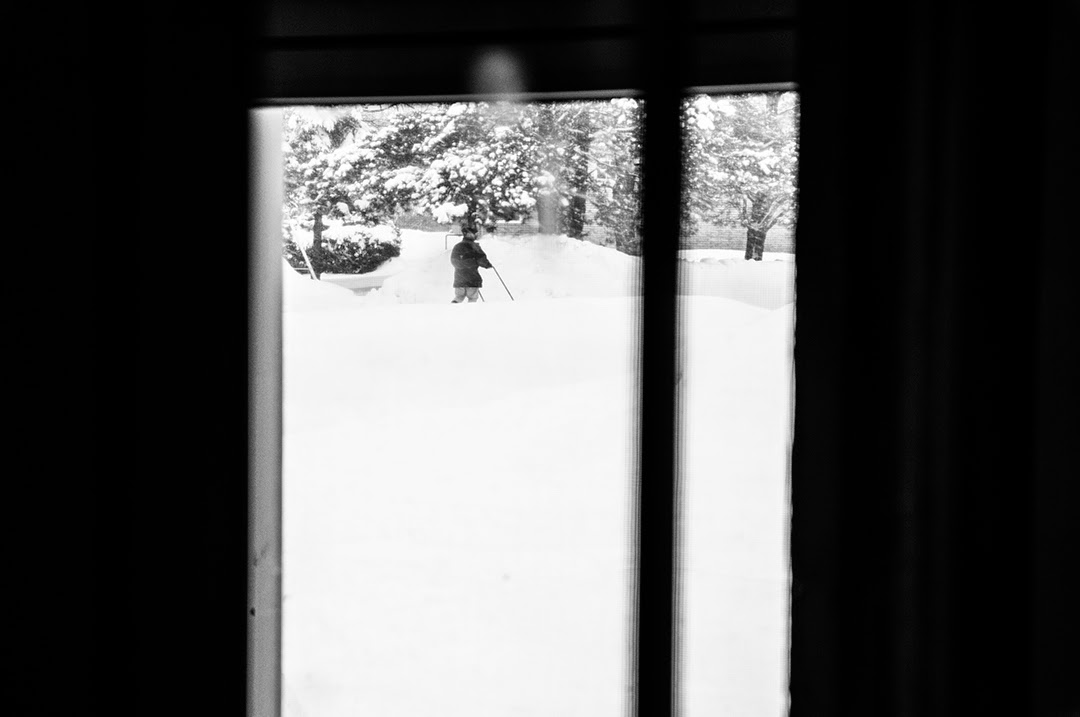 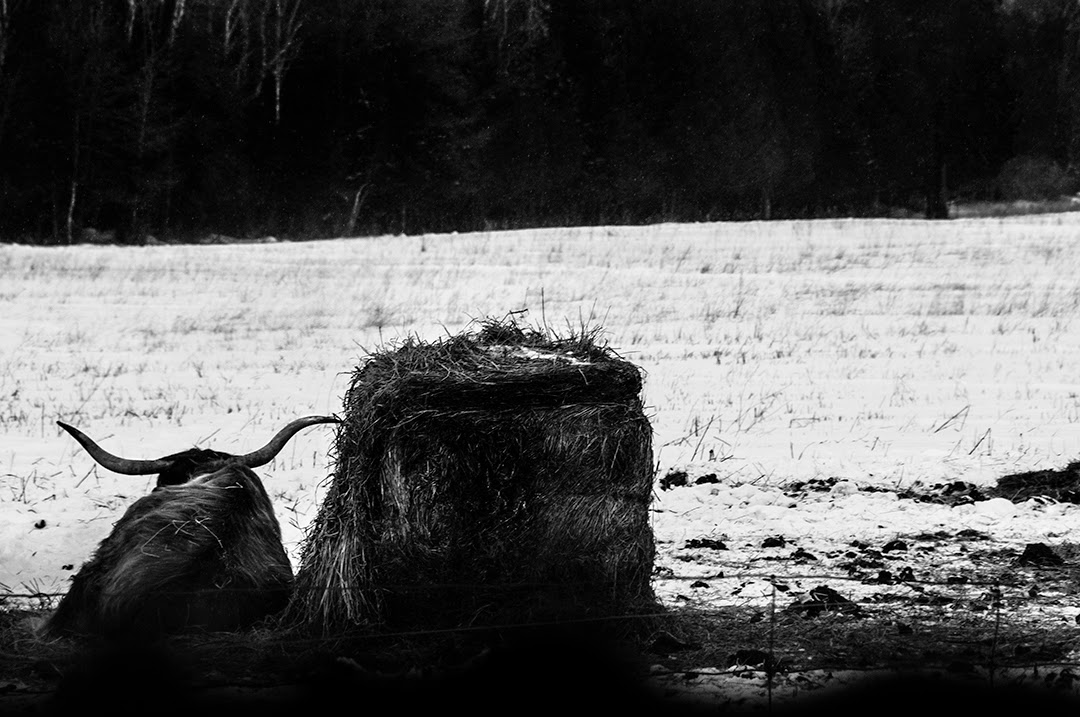 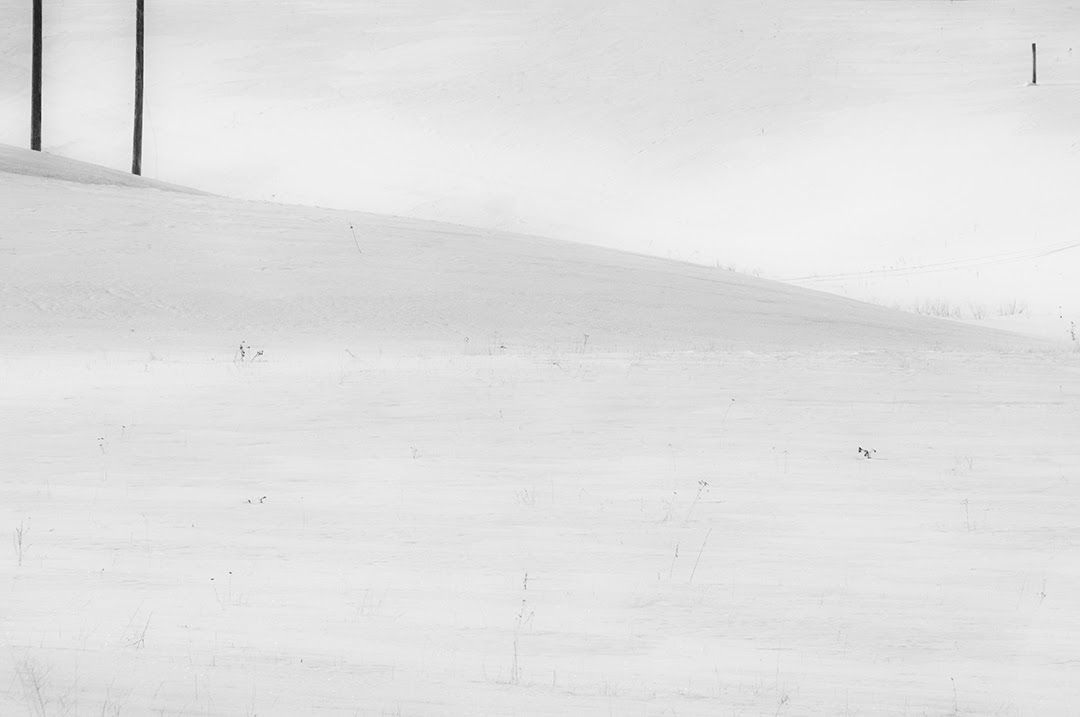 "I am called
By a sound and a colour which are more and more perfect."

from "Winter" by Czeslaw Milosz
Posted by erin at 3:19 PM

some things we worship, ii 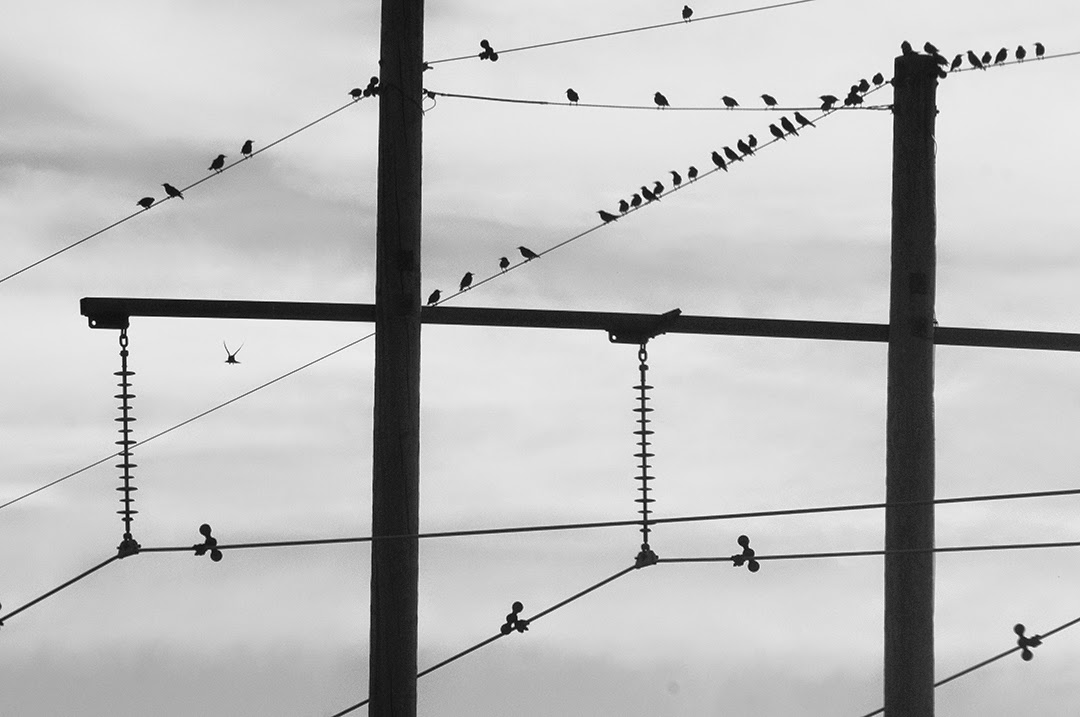 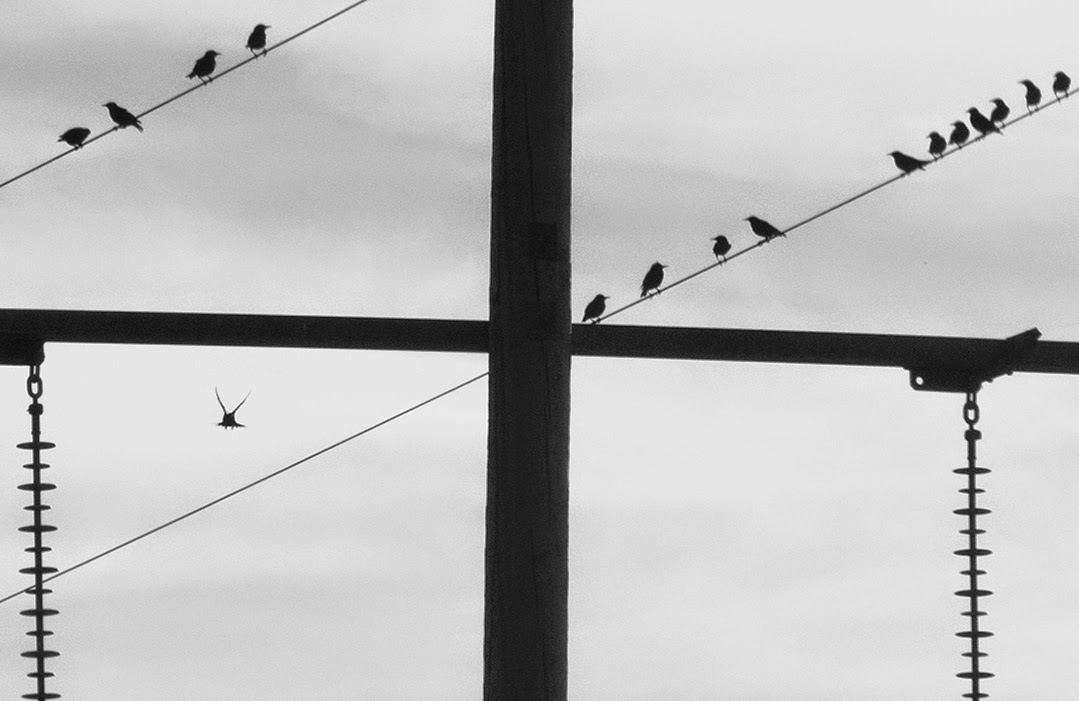 some things we worship, i 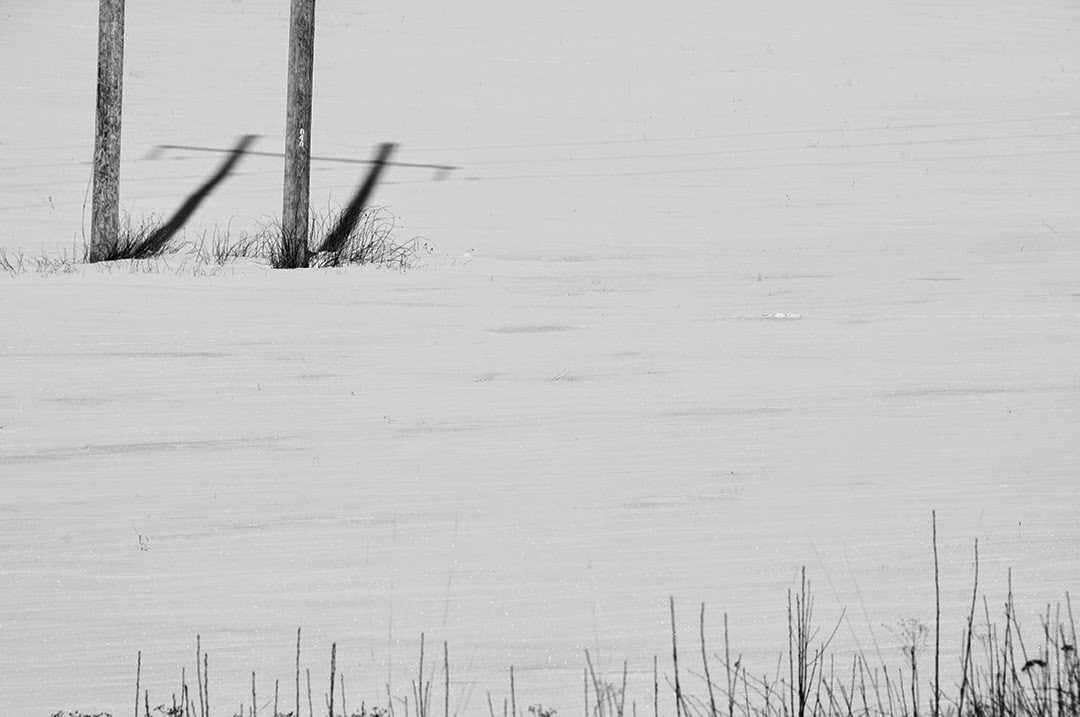 the angel handed me a book 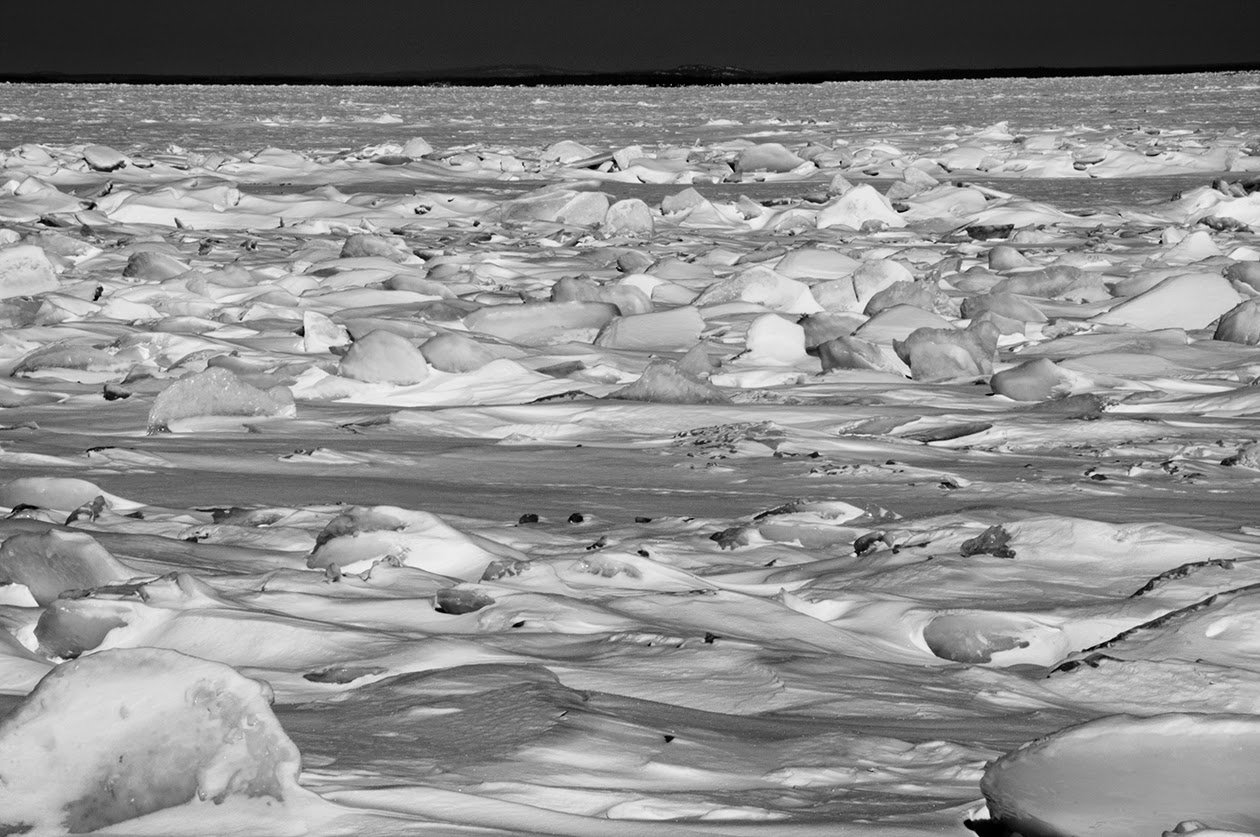 Placing a book in my hands, the angel said, “It holds all you would wish to know.” And he vanished.
So I opened the book, which wasn’t thick.
It was written in an unknown alphabet.
Scholars translated it, but produced very different versions.
They disagreed even about their own readings, agreeing neither upon the tops or bottoms of them, nor the beginnings, nor the ends.
Toward the close of this vision, it seemed to me that the book
melted, until it could no longer be told apart from the world that surrounds us.

i sent my voice out across the ice 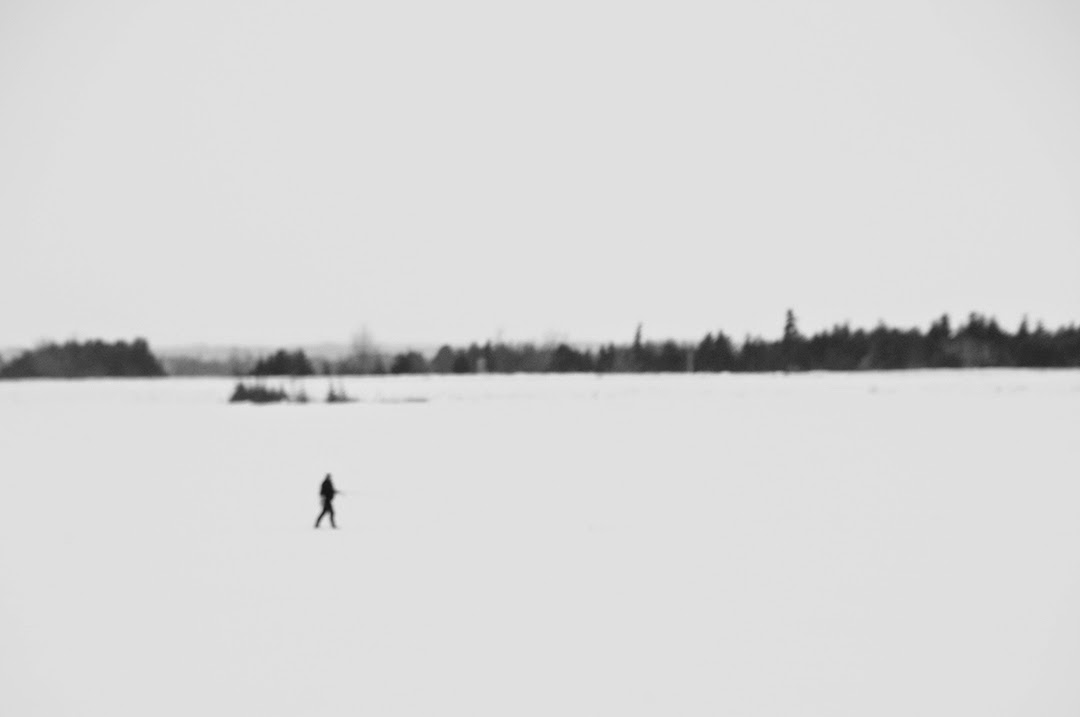 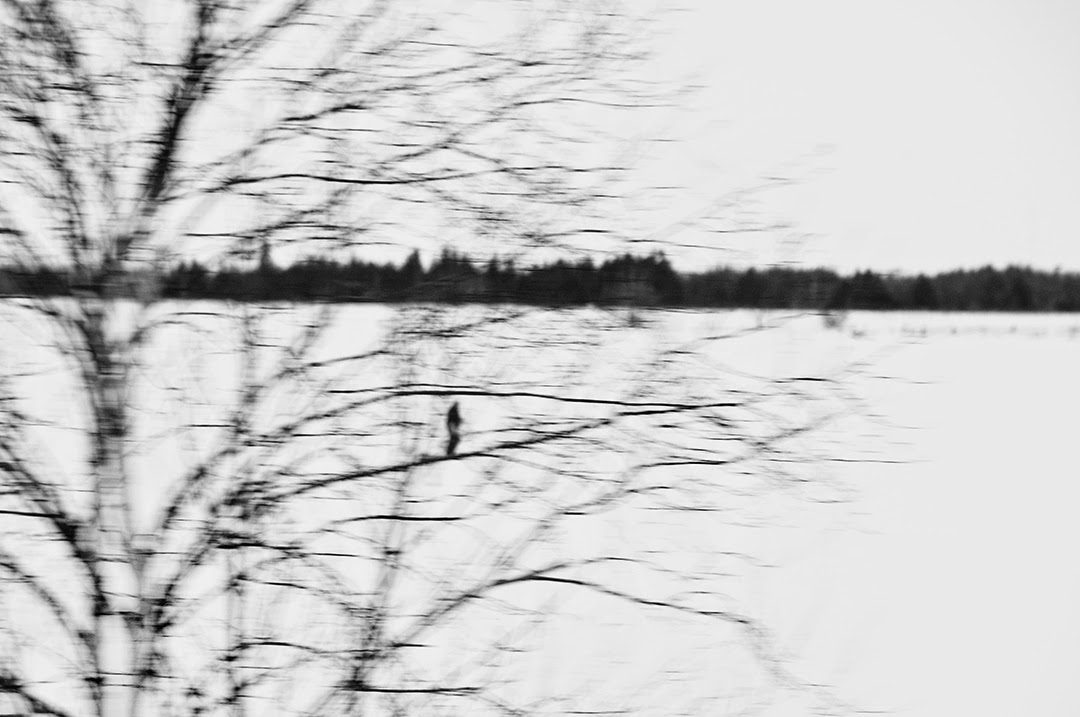 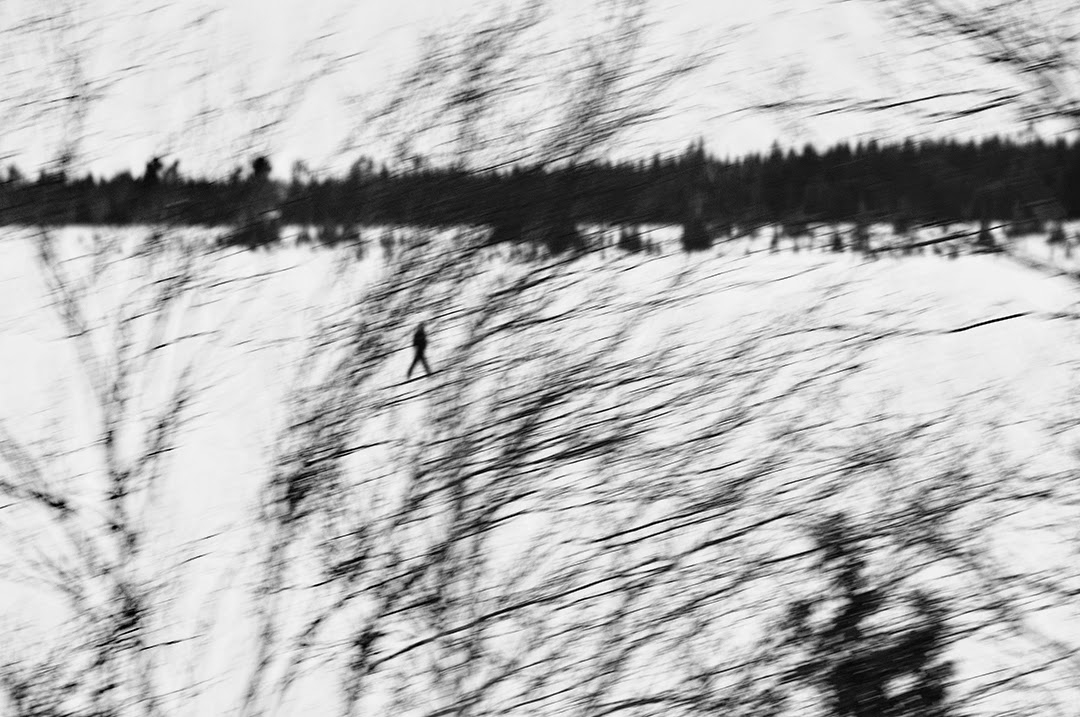 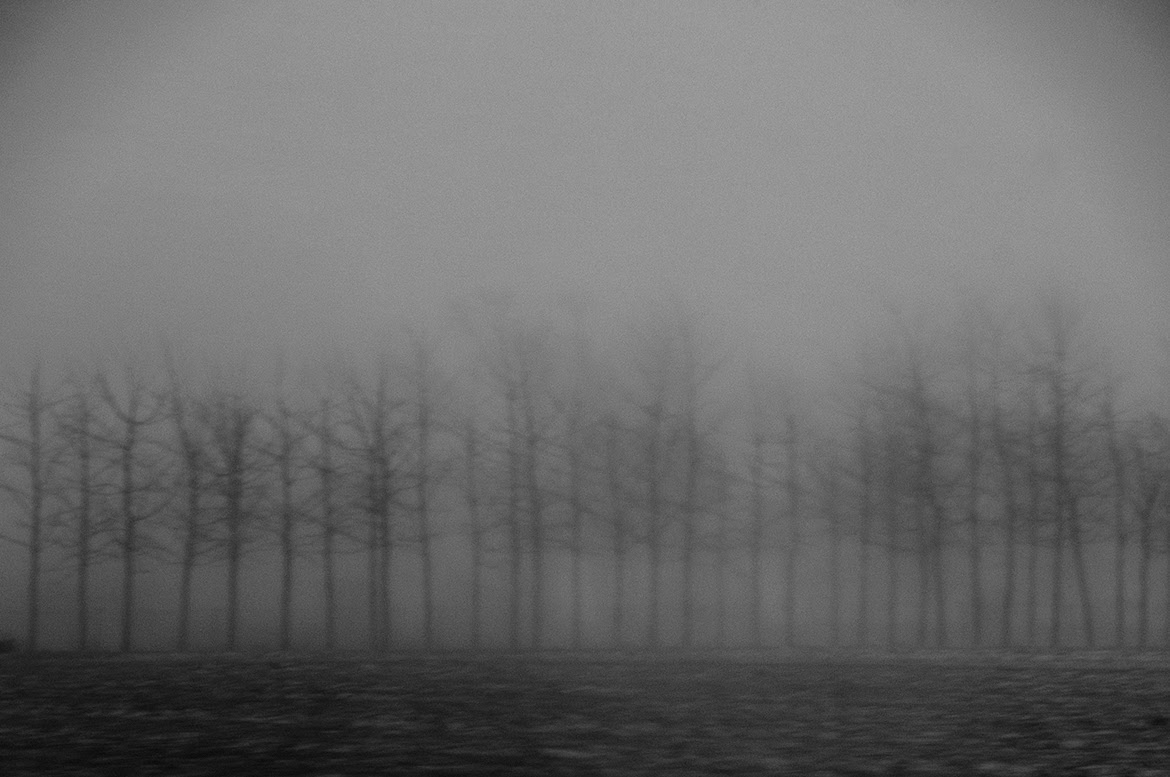 but beloved, i know how to hear with my body
how to search for your familiar voice with my hands
Posted by erin at 1:23 PM

filling each other with silence 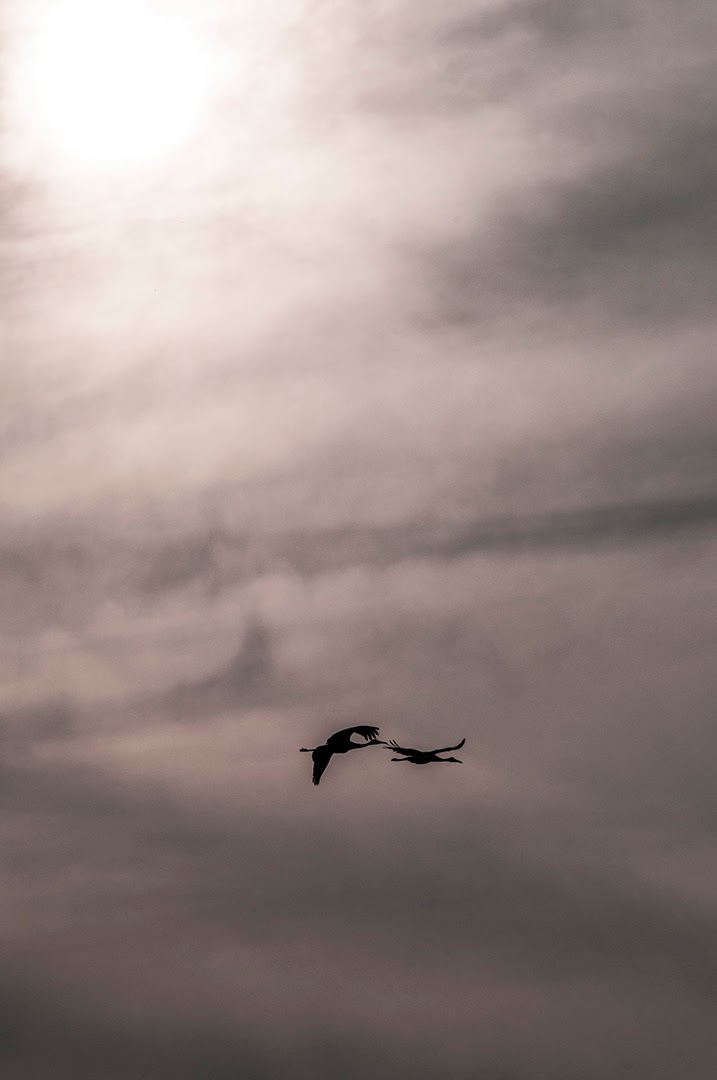 I don’t know it for certain, but I imagine
that a man and a woman
fall in love one day,
little by little they come to be alone,
something in each heart tells them that they are alone,
alone on the earth they enter each other,
they go filling each other.

It all happens in silence. The way
light happens in the eye.
Love unites bodies.
They go on filling each other with silence.

get out of the way and listen

a field of corn stubble in a lame winter. even this kind of silence speaks to us, doesn't it? i can't quite hear what it says, but that it asks me to stop, to try to listen...

something is begging for our attention.
Posted by erin at 9:44 AM 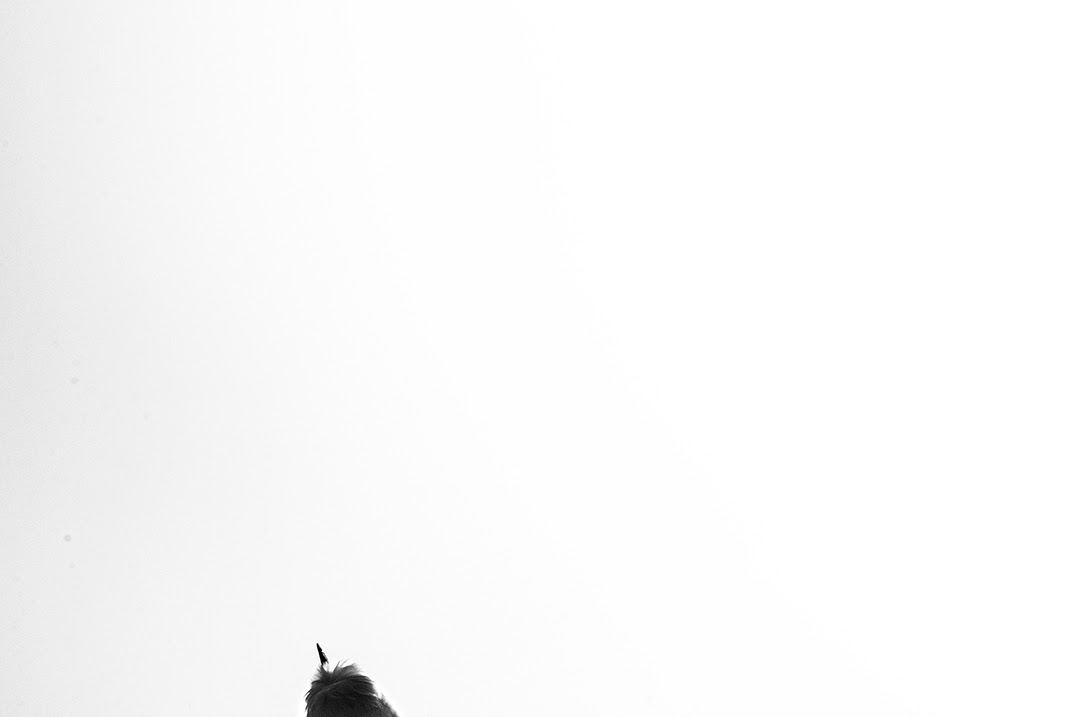